On the evening of Monday 20th November we gathered, we drank, we laughed and we announced Arkle Theatre’s line-up of productions for 2018!

In case you missed it; or Rob’s fruity concoction packed more of a punch than you were expecting – here are all the details!

Adapted by Giles Havergal from the celebrated novel by Graham Greene, Travels with My Aunt takes you on an irreverent, often hilarious and absolutely unforgettable adventure.

Henry, Aunt Augusta and more than 25 characters are brilliantly and inventively portrayed by just five actors who switch identities, nationalities, ages and genders in this exciting theatrical escapade.

LOL follows an eclectic group of NYC-dwellers as they look to the internet (where else?) to find love. Through a series of wacky text messages and awkward dates, each person learns what they really need and what they can – and can’t – tolerate in a mate. Playful and feel-good, LOL offers a touching and relatable look at the lengths we go to for love.

‘You Remind Me of You’ by Matthew Capodicasa
F2, M2, directed by Hannah Bradley

Adele has abandoned her school plans and social life to take care of her father, who after an accident is beginning to demonstrate the early onset stage of dementia. A chance encounter with musician Vincent might be the best thing to happen to her in months – except he suffers from Prosopagnosia, a neurological disease also known as face blindness. A poignant play about what it’s like to love without recognition, and how to keep from losing yourself when everyone around you forgets who you are.

As well as our new and improved shiny website (!!) we hope to be much better on social media (consider it an early New Year’s resolution from us) so keep an eye out for audition details, show previews and productions dates wherever you can find us.

Slainte! And we’ll see you in the New Year.

The audition reading for our Spring production of ‘Pressure’ will be on Monday the 30th of January at 7.30p.m. in St. Mark’s Unitarian Church, 7 Castle Terrace EH1 2DP. Please get in touch if you Read more… 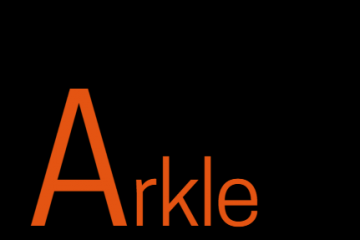 The Arkle Evening returned, after a three year hiatus, on Tuesday 6th December 2022. It was wonderful to see so many familiar faces, as we thanked our cast and crew for 2022 and looked ahead Read more… 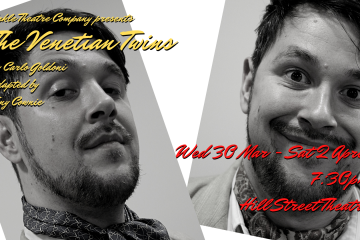 Seeing Double with The Venetian Twins